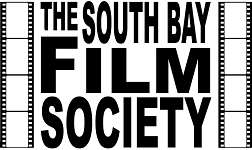 Do you enjoy watching the latest foreign and independent films but loathe driving to theaters in Pasadena or Santa Monica to see them?

The South Bay Film Society was created to bring the best of new foreign and independent films to the big screen in the South Bay.

The Society screens films shortly after they play art house theaters in West Los Angeles, Santa Monica, and Pasadena and well before the films are available on DVD.

They hold discussions after screenings and hope through these film events to foster connections and friendships between people in the South Bay interested in film and the arts.

Tickets for these screenings are $9 and sell out very quickly. They are usually screened at AMC Rolling Hills 20 located at 2591 Airport Drive in Torrance.

For more information and ticket purchase, visit the website at www.southbayfilmsociety.com.