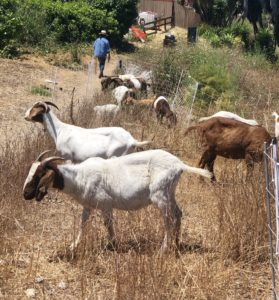 When I made a donation to the Palos Verdes Peninsula Land Conservancy Adopt-a-Goat Program earlier this year, I never imagined that tiny bit of goodwill would later provide a much needed respite from the debacle that 2020 would soon become.

Every spring, the PVPLC brings in about 300 goats to naturally mitigate invasive plant species on the acreage they manage. A herd of goats can clear one acre of land per day and they leave behind that all-important natural fertilizer. Donors to the Adopt-a-Goat program are then invited to an exclusive photo session with the goats later in the year.

Last month, I received an invitation to schedule a visit and photo op with these adorable, hard-working members of the bovid family. Due to the pandemic, I’d barely left the house in three months, so I was thrilled to have an excuse to venture somewhere other than the grocery store. Directions to the site were provided, along with a reminder to wear a face covering and maintain a six foot distance from others in attendance.

The day of our appointment, the goats were working in Lunada Canyon, which is part of the 59-acre Agua Amarga Reserve. Conservancy staff and volunteers have been working for several years to restore native coastal sage scrub and willow riparian habitat within the canyon. Temporary fencing is set up in specific sections of the canyon to be cleared and the goats are set loose to do their thing. My husband and I arrived at our appointed time, checked in, and headed up the trail to watch our charitable contribution at work. Due to social distancing guidelines, appointments were staggered to avoid overcrowding, so we had instant access to the herd…. but first, a photo op with an adorable, ten-day-old, baby goat! 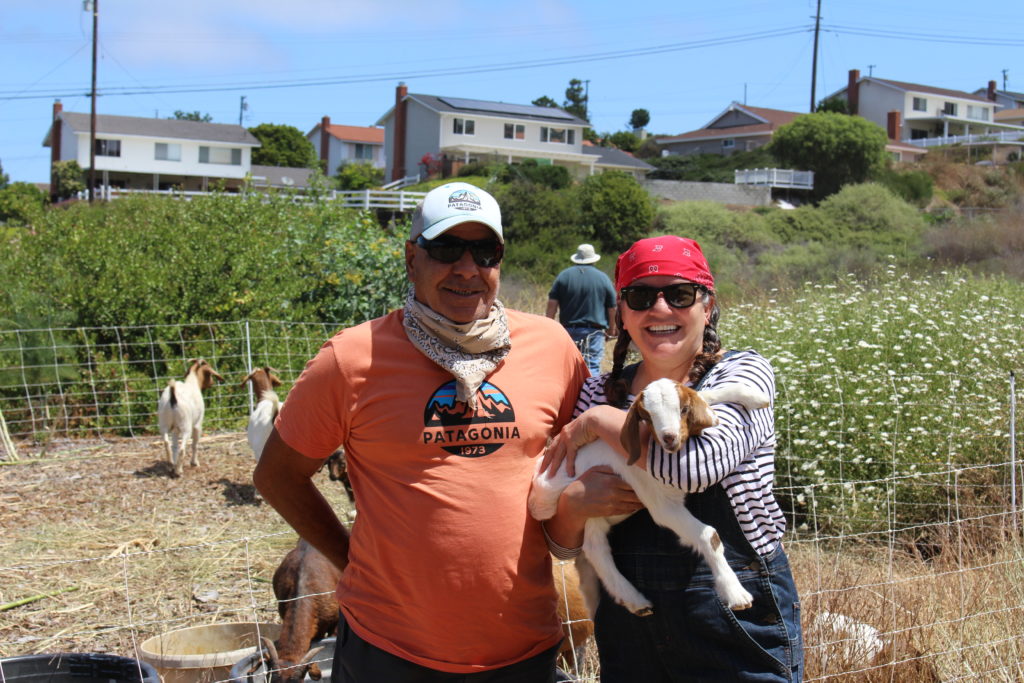 The fencing is set up just off the trailhead, along with barrels of water, buckets of molasses and salt licks for the goats.

We entered the narrow enclosure, which eventually opened up to a much larger area within the canyon. 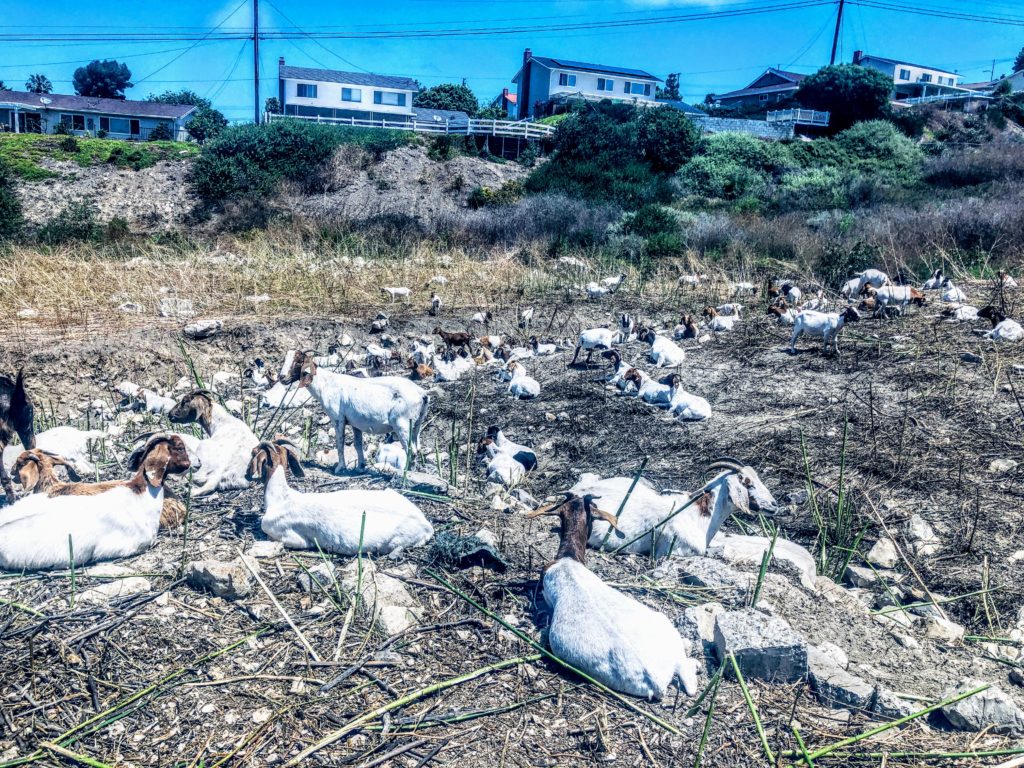 There were several species of goat, each one cuter than the next. From their horns to their cloven hooves, they’re dainty, nimble creatures. Some were friendly, some were curious, some were vocal, some were snobbish, but all were beyond adorable. 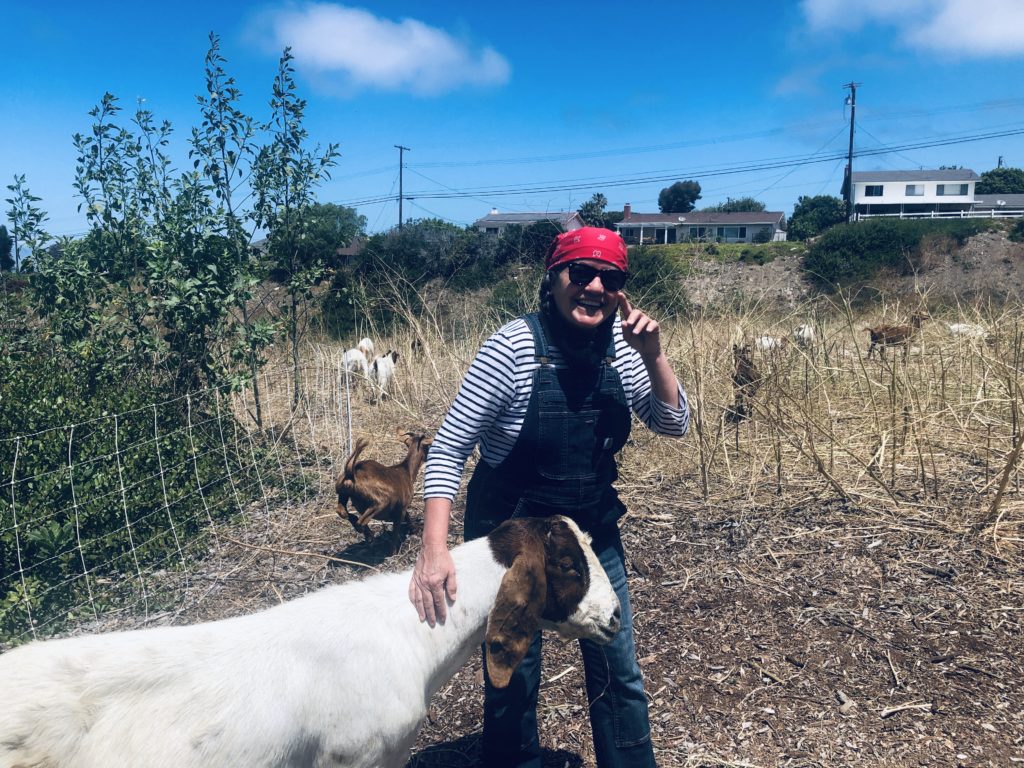 We had several questions and spent time chatting with a Conservancy volunteer. She pointed out areas of the canyon that had already been restored, and other patches covered with invasive species such as fennel, mustard, star thistle and tumbleweed, which are a fire hazard and devoid of sustenance for birds and insects.

Lunada Canyon is also home to a 1.9 mile hiking trail with magnificent canyon and ocean views. So if you didn’t get an invitation to visit with the goats, you should definitely make a point to check out the crucial work the Palos Verdes Peninsula Land Conservancy is doing!