 The World Health Organization held its global health gathering virtually and the US renewed its accusation that the UN health agency had failed at its mission of information-sharing and transparency in confronting the coronavirus pandemic, specifically regarding China. The governments of France, Germany, and South Korea expressed support for WHO, however, at the urging of the European Union and others, the WHO agreed to an independent review of its coronavirus response. China also announced a $2 billion contribution to WHO and urged world solidarity — China’s contribution, which was $86 million last year, has traditionally been dwarfed by the US, however, the White House announced last month it would suspend its contribution of $550 million annually

 The remote Amazon Tikuna tribe members suspect Covid-19 arrived this month after some returned from a boat trip to pick up government benefit payments. Dozens of tribe members have developed symptoms of coronavirus and 2 have died. The 5 government workers for the community of 4,000 are not treating the sick because they lack protective equipment and coronavirus tests. Brazil has Latin America’s highest Covid-19 death toll and the country’s hardest hit major city per capita is Manaus, which is in the Amazon

 Carbon emissions globally, compared to 2019. dropped 17% because of the strict lockdowns and scaled back economic activities triggered by the pandemic. Scientists say it could be the largest drop recorded, however, is unlikely to have a long-term impact once countries return to normal unless governments prioritize investments and infrastructure to reduce harmful emissions

 Researchers reported positive early results from a vaccine under development by Cambridge-based Moderna, in collaboration with the National Institute of Allergy and Infectious Diseases, and they plan to begin the next phase of testing in July. The optimistic announcement yesterday led to a 1,000 point leap in the Dow Jones industrial average, however, the market dropped 391 points today. Moderna’s vaccine is one of many being tested

 The FDA issued a warning against use of hydroxychloroquine or chloroquine for Covid-19 outside of the hospital setting or a clinical trial due to risk of heart rhythm problems. This follows President Trump’s announcement that he has been using the drug to prevent Covid-19

 The US death toll from Covid-19 climbed over 90,000 on Monday with more states and cities announcing plans to reopen. The number of confirmed cases nationwide hit 1.5 million and experts have cautioned that this is probably an undercount because of testing lapses

 Federal authorities are urging governors to use extreme caution in deciding when to allow visits at nursing homes, saying such a move shouldn’t come before all residents and staff have tested negative for the coronavirus for at least 28 days

 While big hospitals in large cities like New York have been overwhelmed with a surge of Covid-19 cases, hundreds of smaller and rural hospitals have suffered from a massive drop in patients as nonessential procedures and emergency room visits plummeted, which generally account for 70-80% of revenue. The American Hospital Association reports that hospitals and health systems across the US face unprecedented financial challenges in the coming months with an estimated loss of $200 billion from Covid-19 expenses from March through June

 A congressional oversight commission report said that the US Treasury has only paid out $37.5 billion of the $500 billion CARES relief funding to help businesses hit by the coronavirus pandemic. None of the $46 billion for the airline industry and businesses crucial to maintain national security has been allocated and only 1 of the 5 programs created to help states and local governments is operating

 Across the military, uncertainty about future jobs or college opportunities is driving more service members to reenlist or at least postpone their scheduled departures, and taking advantage of newly developed, short term extensions being offered by the military. As of last week, the Army exceeded its retention goal of 50,000 soldiers, and the other armed services are expected to hit their target numbers. The reenlisting will offset shortfalls in recruiting cause by the Covid-19 crisis

 The first American jury trial via videoconference is taking place in Texas — the judge began livestreaming jury selection on YouTube yesterday and coaching potential jurors on the ins and outs of using Zoom. Next, the jury will hear a shortened version of the case and deliver a non-binding verdict

 Uber is slashing another 3,000 jobs and closing dozens of offices, part of a series of moves resulting from the coronavirus crisis. 3,700 employees in customer support and human resources were cut earlier this month and reductions now represent 25% of the total workforce

 About half of the 15,000 hotel and motel rooms that California has leased for mostly homeless people to slow the spread of Covid-19 are now occupied. Project Roomkey was launched in early April to get homeless people off the streets, however, the occupied rooms account for fewer than 5% of the 151,000 people who sleep on street corners, under bridges, and in emergency shelters across California. In some counties, the largest impediments have been delays in preparing leased rooms for occupancy, and in other counties, it has been a shortage of staff to care for homeless residents, providing services such as food services, security, nursing, and case management

 Parents fear that their children are losing vital learning opportunities with school campuses closed due to the coronavirus, and these academic struggles appear linked to economic hardship and possibly race, according to local and national surveys. In LA, fewer than half of families with public school students said distance learning has been successful — and more than half also reported 1 or more family members losing jobs. A separate national survey found that 15% of K-12 parents don’t think their children will be prepared for school next year

 Last week, LA County officials released data showing the infection rate has fallen from March — instead of every patient infecting an average of more than 3 people, every person in LA County now infects 1 person. Officials believe the drop is tied to stay-at-home orders imposed in late March

 For LA County, there were an additional 1,183 positive cases and 76 deaths reported in the last 24 hours. This brings the total to 39,573 cases and 1,913 deaths. It was noted that 52% of all deaths were reported in skilled nursing facilities and there are currently 398 facilities under investigation for at least 1 positive case and 32 investigations have been closed. So far, 358,000 tests have been conducted and 9% have come back positive. Because more people are going back to work, Dr. Ferrer emphasized the following: all those who can continue to work remotely should try to do so; employers should be doing a symptom check, provide employees with face coverings, and make sure there are frequent breaks to wash hands; high-touch areas should be cleaned often; work facilities should be cleaned at least daily; customers for nonessential retail locations cannot enter the stores and all customers must also wear face coverings when picking up product; all workers should wear face coverings and stay at least 6 feet away from each other; if employees feel ill they should be sent home; if employees express fear/frustration/anxiety/depression, should be able to talk to employer or contact a mental health professional. City Breakouts (positive cases/deaths): City of LA 19,020/929; Long Beach 1,305/NA; Carson 351/20; El Segundo 32/0; Gardena 209/21; Hawthorne 317/8; Hermosa Beach 27/2; Inglewood 495/49; Lawndale 92/2; Lomita 46/6; Manhattan Beach 74/2; PV Estates 42/0; Rancho PV 81/10; Redondo Beach 128/7; Rolling Hills 2/0; Rolling Hills Estates 13/0; Torrance 341/43 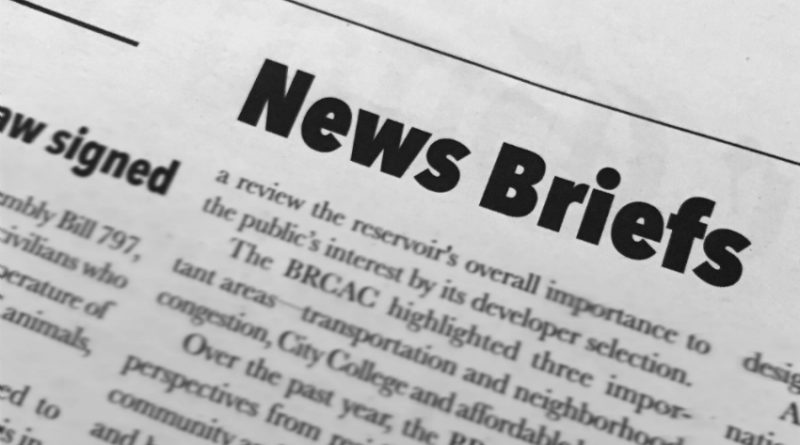