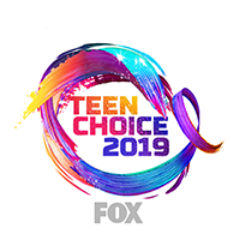 “We are so thrilled to host TEEN CHOICE 2019 in Hermosa Beach,” said Hermosa Beach Mayor Stacey Armato. “This awards show will be a great opportunity to showcase Hermosa Beach to audiences around the country and, even more importantly, provide our teens with an exciting and free musical event on their own hometown sand. The City of Hermosa Beach is working with the producers to ensure the security of the event and will be encouraging parents and teens to visit our restaurants and businesses while in Hermosa for TEEN CHOICE 2019 so that our businesses will benefit from the event. ”

The awards show will feature a surf-and-sand dance number that will set the stage for performances, surprise viral moments and more. For over two decades, the show has presented performances and appearances by some of pop culture’s brightest stars. TEEN CHOICE 2018 featured a special medley of hit songs by Khalid, as well as performances by Meghan Trainor, Lauv, Bebe Rexha and Foster the People.

In addition to the awards show, Hermosa Beach will once again host concerts on the beach in August, as it has for about 20 years. This will be the first year for 5B Artists + Media, a global music management and events company, to produce the Hermosa Beach Summer Series. The company is planning an enhanced program that will include comedy, movies by the beach, beach cleanups and more on the three other weekends in August: August 3-4, August 17-18 and August 24-25.

“With TEEN CHOICE 2019 coming to Hermosa for the first time and 5B Artists + Media launching its enhanced concert series with more entertainment and community activities, the summer of 2019 is sure to be exciting and entertaining for all our residents in Hermosa Beach,” said Mayor Armato.