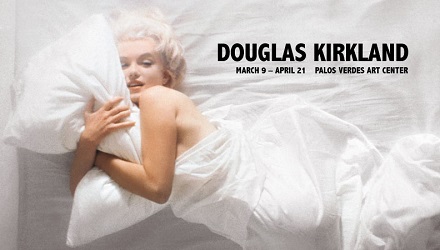 Douglas Kirkland is an award-winning celebrity photographer. He joined Look Magazine in his early twenties, then Life Magazine during the golden age of photojournalism in the 1960s and 1970s. He simultaneously contributed to other major publications around the world, including The London Sunday Times Magazine, The New York Times Magazine and Town & Country, among many others.

Between 1960 and the present, Douglas Kirkland has photographed over 2,000 assignments and more than 600 major celebrities – from Marilyn Monroe to Angelina Jolie.

The exhibition opens on Saturday, March 9 and will remain on view through April 21, 2019.

This event is FREE to attend.